For the 2020 Literary Taxidermy Short Story Competition, we assembled a group of professional writers and editors from all walks of the literary life, including a poet, a playwright, a mystery writer, a speculative fiction writer, a journalist, a hard-SF game designer, a creative non-fiction writer, and a fantasist. They had a challenging task, separating not only wheat from chaff, but wheat from wheat, and we are grateful for their enthusiastic and perspicacious participation. 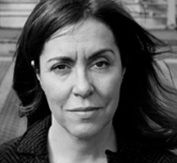 Catherine Barnett is the author of three collections of poems: Human Hours (2018), The Game of Boxes (2012), and Into Perfect Spheres Such Holes Are Pierced (2004). Her honors include a Whiting Award, a Guggenheim Fellowship, and the James Laughlin Award from the Academy of American Poets. She has published widely in journals and magazines, including The American Poetry Review, Barrow Street, The Iowa Review, The Kenyon Review, and The Washington Post. Barnett teaches in the graduate and undergraduate programs at New York University, is a distinguished lecturer at Hunter College, and works as an independent editor. She has degrees from Princeton University, where she has taught in the Lewis Center for the Arts, and from the MFA Program for Writers at Warren Wilson College. You can learn more about her on the web at the Academy of American Poets. 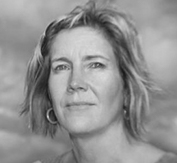 Kelley Eskridge is a fiction writer, essayist, and screenwriter. She is the author of the New York Times Notable novel Solitaire, a finalist for the Nebula, Endeavour, and Spectrum awards. The short stories in her collection Dangerous Space include an Astraea prize winner and finalists for the Nebula and Tiptree awards. Eskridge’s story “Alien Jane” was adapted for an episode of the SciFi channel series Welcome to Paradox. Her film OtherLife (2017) is currently streaming on Netflix. She is a former vice president of Wizards of the Coast, the company responsible for the collectible trading games Magic™ and Pokémon™. She earns her keep as a corporate learning professional, as well as an independent editor with an international client list of established and emerging writers. She lives in Seattle with her wife, novelist Nicola Griffith. You can learn more about her on the web at Kelley Eskridge. 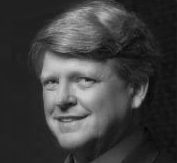 Dr. Charles E. Gannon is a Distinguished Professor of English and Fulbright Senior Specialist. His award-winning Caine Riordan/Terran Republic hard-SF novels have all been Nebula finalists and national best-sellers. His book Rumors of War and Infernal Machines won the 2006 American Library Association Choice Award for Outstanding Book. He is a recipient of five Fulbright Fellowships and Travel Grants and has been a subject matter expert both for national media venues such as NPR and the Discovery Channel, as well as for various intelligence and defense agencies, including the Pentagon, Air Force, Army, Marines, Navy (CNO/SSG and ONR), NATO, DARPA, NRO, DHS, NASA, and several other organizations with which he signed NDAs. (If we told you more about that, we'd have to kill you.) You can learn more about him on the web at the The Worlds of Charles E. Gannon. 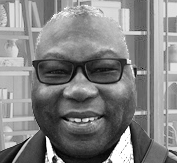 Jerry Large is a recently-retired journalist who — in his weekly column for The Seattle Times — wrote for twenty-five years on a variety of topics, including issues of systemic inequality, using history and other social sciences to help understand our society. He joined The Times as an editor in 1981 and wrote nearly 1,000 columns during his tenure. Prior to The Times, he worked for the Clovis News-Journal, the Farmington, New Mexico Daily Times, the El Paso Times, and the Oakland Tribune. Born in Clovis, New Mexico, he holds a B.A. in Journalism and Mass Communications from New Mexico State University, and was a J.S. Knight Fellow at Stanford University. He is currently teaching at the University of Washington Department of Communication. You can find some of his work on the web at The Seattle Times: Jerry Large. 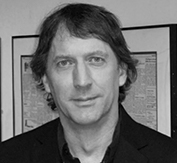 Brian Parks is an American playwright, journalist, and editor. He lives in New York City and served as the Arts & Culture editor at The Village Voice, as well as Chairman of the Obie Awards. As a playwright, Brian has produced works that are noted for their dark comedy and fast pace. Best known for his play "Americana Absurdum" (which consists of the two shorter plays, "Vomit & Roses" and "Wolverine Dream"), his other works include "Goner," "Suspicious Package," "Out of the Way," "The Invitation," and "Imperial Fizz." "Americana Absurdum" was honored with the Best Writing award at the 1997 New York International Fringe Festival and a Scotsman Fringe First Award at the 2000 Edinburgh Festival Fringe. He is currently Senior Editor at 4Columns, a website of arts criticism aimed at a general audience. You can learn more about him on the web at Brian Parks Playwright. 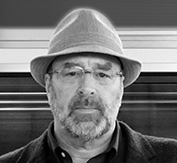 Michael Pronko is a mystery writer, essayist, and teacher, born in Kansas City, but living and writing in Tokyo for the past twenty years. He has published three award-winning collections of essays: Beauty and Chaos: Essays on Tokyo; Motions and Moments: More Essays on Tokyo; and Tokyo’s Mystery Deepens. His award-winning mystery novel The Last Train (and the forthcoming Thai Girl in Tokyo and Japan Hand) feature Detective Hiroshi Shimizu who investigates white collar crime in Tokyo. He writes regularly for many publications, including The Japan Times, Newsweek Japan, Jazznin, Jazz Colo[u]rs, and Artscape Japan; and runs his own website, jazz in Japan. He is a professor of American Literature at Meiji Gakuin University where he teaches seminars in contemporary novels and film adaptations. You can learn more about him on the web at Michael Pronko. 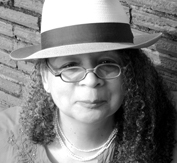 Nisi Shawl is an African-American writer, editor, and journalist. She is best known as an author of fantasy and science fiction who writes and teaches about how fantastic fiction might reflect real-world diversity of gender, sexual orientation, race, colonialism, physical ability, age, and other sociocultural factors. Her debut novel, Everfair, was a 2016 Nebula Awards finalist, and her short stories have appeared in Asimov's Science Fiction, the Infinite Matrix, Strange Horizons, Semiotext(e) and numerous other magazines and anthologies. Her story collection Filter House was one of two winners of the 2008 James Tiptree, Jr. Award. During the ceremony, she was crowned with the Tiptree tiara and given a plaque, a check, a pie, and a ceramic sculpture of a duck. You can learn more about her on the web at Nisi Shawl. 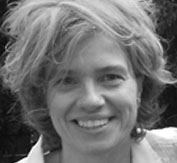 Melora Wolff received her BA from Brown University and her MFA from Columbia University. Her essays and prose poems appear widely in journals and anthologies, including The Normal School, Salmagundi, the Gettysburg Review, The New York Times, Best American Fantasy, The New Brick Reader, and Every Father's Daughter: Twenty Four Women Writers Remember Their Fathers. Her prose has received Special Mentions in Nonfiction from The Pushcart Prizes, several Notable Essay citations in Best American Essays, and the Thomas A. Wilhelmus Award in Short Prose. She is the author of The Parting, a collection of magical realist flash fictions. She lives and writes in Saratoga Springs, New York and teaches on the faculty of Skidmore College. You can learn more about her on the web at Skidmore Faculty. 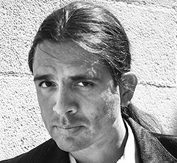 Stephen Graham Jones is a Blackfeet author of experimental fiction, horror fiction, crime fiction, and science fiction. He has published in everything from literary journals to truck-enthusiast magazines, from textbooks to anthologies to best-of-the-year annuals. Jones has been an NEA Fellow, a Texas Writers League Fellow, and has won the Texas Institute of Letters Award for Fiction and the Independent Publishers Multicultural Award. His areas of interest, aside from fiction writing, are horror, science fiction, fantasy, film, comic books, pop culture, paleoanthropology, technology, and American Indian Studies. Jones received his BA in English and Philosophy from Texas Tech University (1994), his MA in English from the University of North Texas (1996), and his PhD from Florida State University (1998). You can learn more about him on the web at demontheory.net. 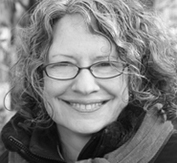 Holly Kowitt has written more than fifty books for younger readers, including The Fenderbenders Get Lost in America, This Book Is a Joke, This Dance is Doomed, and The Principal's Underwear is Missing  (a brilliant update of PG Wodehouse's Jeeves and Wooster, set in a suburban high school). She also wrote and illustrated the bestselling LOSER LIST series, which has been translated into ten languages. She grew up in Evanston, Illinois and graduated from Brown University. A former editor at Scholastic Books, she lives in New York City, where she enjoys cycling, flea markets, and West Coast swing dancing. She spends most days writing and drawing in her art studio in Harlem. Her work can be found on the web at Kowitt Books. 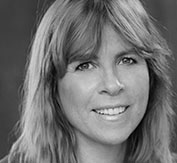 Christine S. O'Brien grew up in New York City and Beverly Hills. She earned a BA in English at UC Berkeley and holds a Double MFA from Saint Mary’s College in Nonfiction and Fiction, where she was awarded Saint Mary’s Agnes Butler Scholarship for Literary Excellence. Her lyric essay “Fish” appeared in The Seneca Review, and her short story, “Cullen Farm,” appeared in The Slush Pile Magazine. Her essay, “Cul de Sac,” received Honorable Mention in Glimmer Train’s 2014 Short Story Award for New Writers. O’Brien has worked for ABC-TV, Alex Ponti, and NBC Productions. Her screenplay, The Maccabees, was optioned by Dan Blatt Productions. She is currently a part-time lecturer in the English Composition Department at Saint Mary’s College. Her memoir, CRAVE, sold out of its first printing in only 2 ½ weeks. You can learn more about her on the web at Christine S. O'Brien. 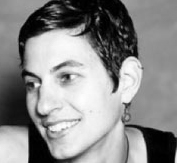 Becky Selengut is a cooking teacher, private chef, not-so-private comedian, and a prolific food writer. Her books include The Washington Local and Seasonal Cookbook (2008); Good Fish: Sustainable Seafood Recipes from the Pacific Coast (2011 and 2018); Shroom: Mind-Bendingly Good Recipes for Cultivated and Wild Mushrooms (2014); Not One Shrine: Two Food Writers Devour Tokyo (2016); and How to Taste: The Curious Cook's Handbook to seasoning and balance, from umami to acid and beyond (2018). In her spare time she co-hosts Look Inside This Book Club, a NSFW comedy podcast with Matthew Amster-Burton that discusses the free Kindle preview — and ONLY the preview — of bestselling books, usually while sipping Pinot Grigio. You can learn more about her on the web at Becky Selengut.